Villa Botteri is the largest one of the hamlets of Trisobbio, located about 3 km from the medieval village, near Directors to Ovada (Strada Cappellette) and Rocca Grimalda.

The hamlet was always populous, in the second half of the 1700s there were about 250 residents, while in 1962 the number dropped to 84 in the hamlet and just over a hundred in the surrounding farmhouses, up to 39 in 1981 (and about 80 in the farmhouses).

It is therefore natural, that in the period of the greatest population, a company of “Sali and Tabacchi” opened in the hamlet, given that the closest was located at about 3 km, in 1787 a chaplain for the country church of the hamlet was appointed, While towards the end of the 1800s the bishop of Acqui grants that the blessing of the SS Sacramento takes place on Sundays and holidays.

Also in the same period, the inhabitants of the Villa sign a private writing to cover the costs for the chaplain salary and the maintenance of the church.

As mentioned in the “old schools” page, the hamlet had its own school until 1970, which served both the inhabitants of the hamlet and those of the surrounding farmhouses which, although belonging to other municipalities, were more comfortable to reach Villa Botteri for the school , purchases in local shops, mass or even simply to spend an evening in company, perhaps at the local club.

A post office was also active, which exploited the proximity to the provincial road of the chapels on which the “postal” courier passed through the sending and receipt of the correspondence.

In the same period, the territories adjacent to the hamlet (Santo Stefano, the “big house” …) housed several taverns and rentals.

Recently the courtyard of the rectory has been exploited by the Pro Loco for some initiatives, especially refreshments or social lunches, making it resound, along the stone facades, sounds and voices as in the time ago. 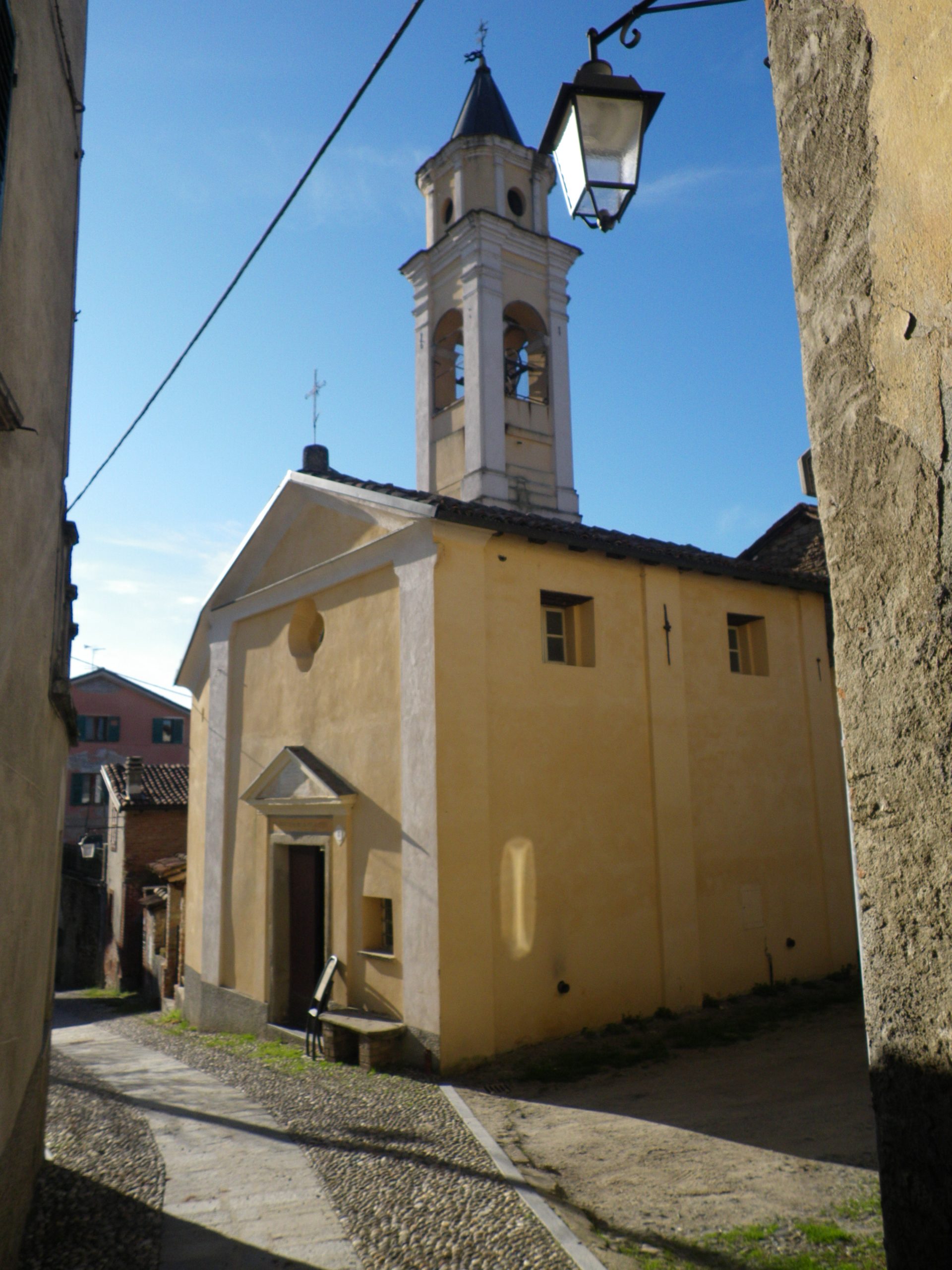 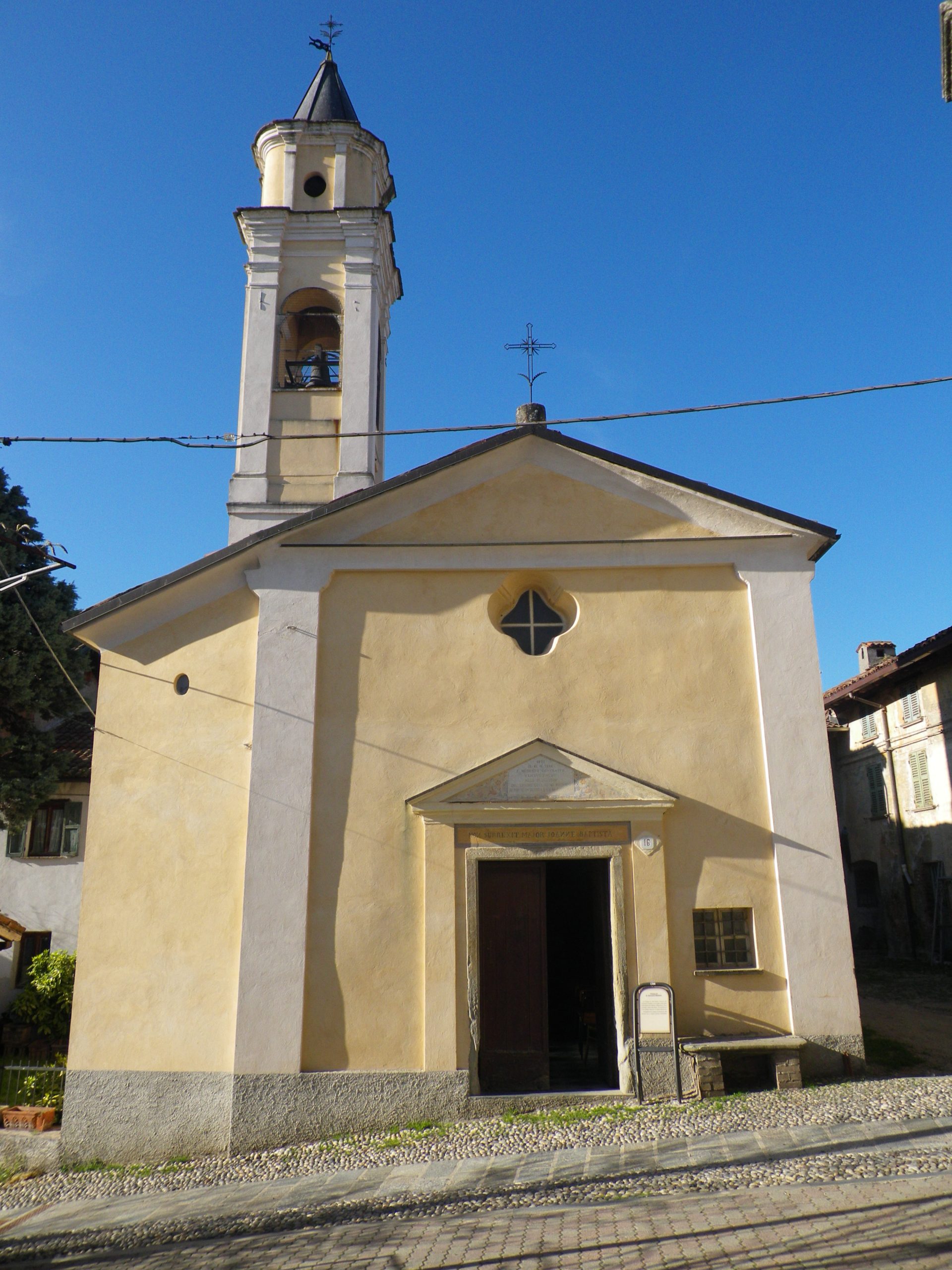 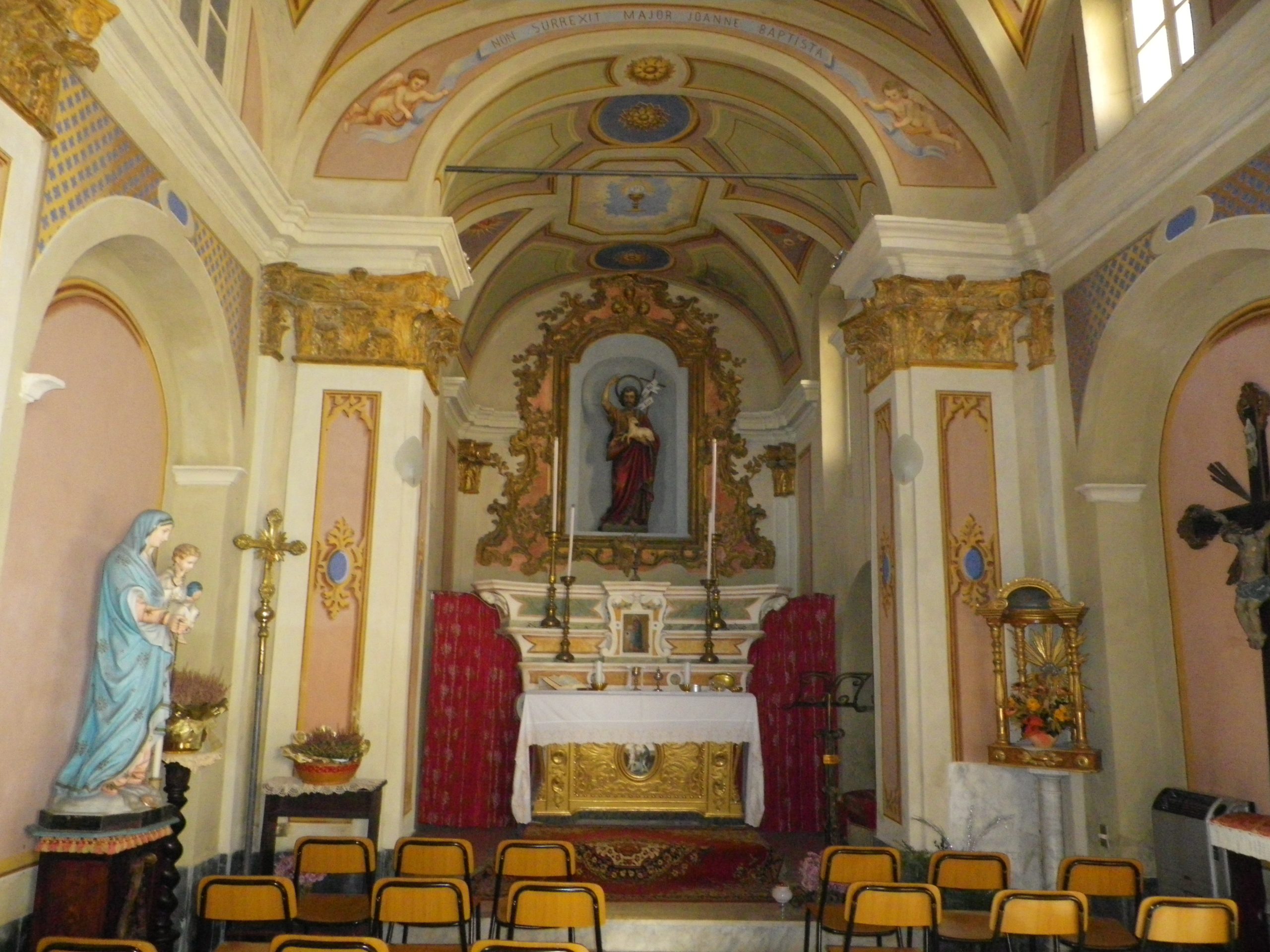 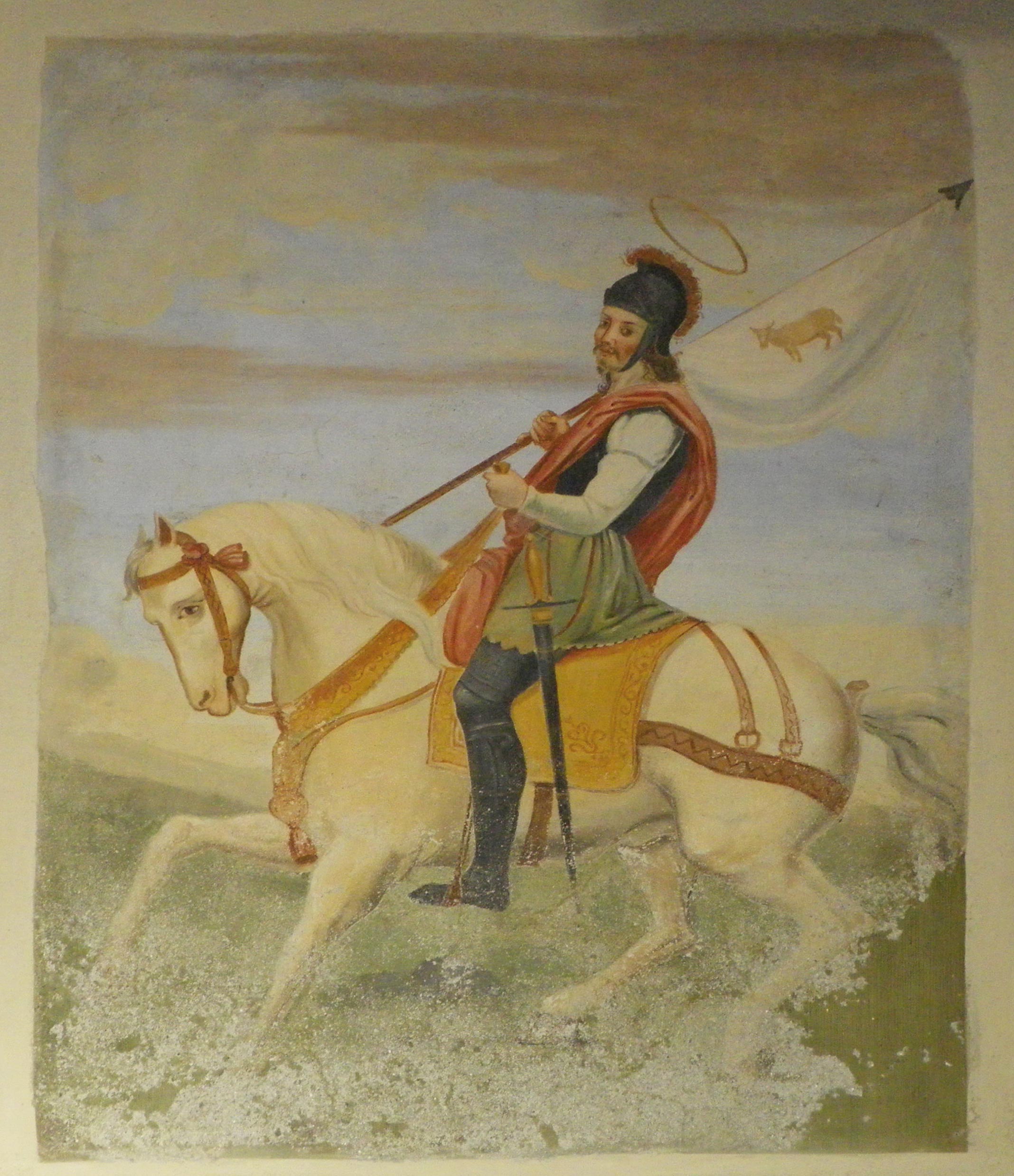 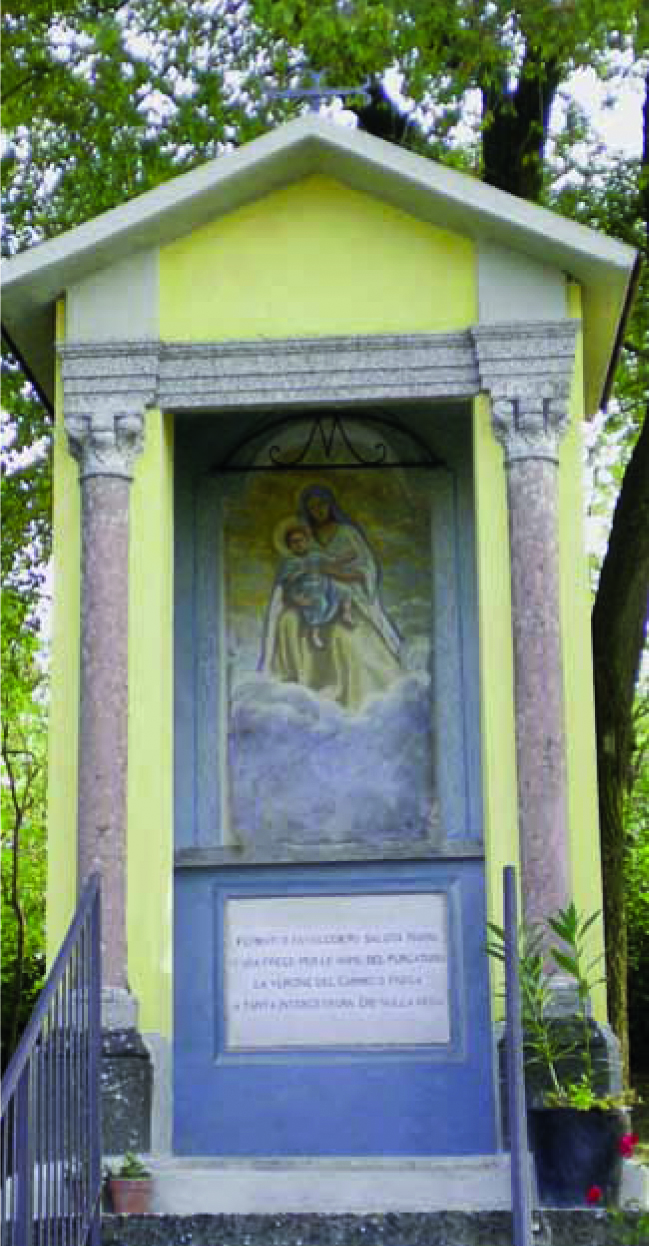 The local church of San Giovanni hosts an ancient fresco of San Bovo, recently rediscovered and recovered, testifying to the antiquity of the construction.

In fact, the fresco appeared during the maintenance works, initially as a technique “sinopia” that consisted in making the preparatory drawing using red lands, spread up to the beginning of 500 and then replaced with other techniques, such as scratch and dusting it and currently yes It has restored.

Traveling on the road in the direction of Rocca Grimalda, you meet a chapel dedicated to the S. Virgin of Carmel, from which the gaze runs through the valley that leads to Carpeneto and Rocca Grimalda, while in the distance you can see the Alps can be glimpsed.